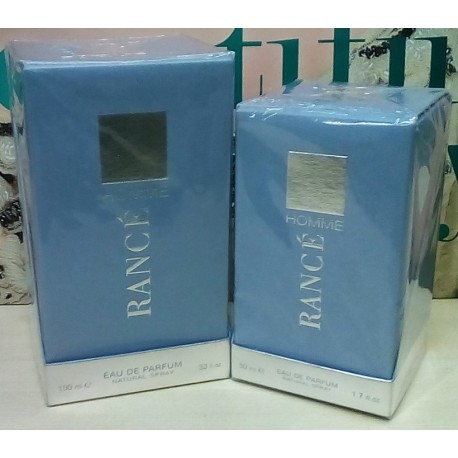 Since the beginning of 1600s the Rancé family became famous for producing perfumed gloves for the French Aristocracy in Grasse (France).

In 1795 François Rancé turned entirely to perfumery. His innovative spirit led him to create extremely refined and modern perfumes, which secured him the favour of Napoleon. He became the Empereur's favourite perfumer, and created for him "Le Vainqueur", "Triomphe" and "L'Eau de Austerliz".

In honour of Josephine Bonaparte he created "l'Impératrice" which he presented to the Empress in a precious Sevres porcelain box. The last example of this precious porcelain objet d'art is kept in the Rancé archives.

Several generations of Rancé have followed. At the end of 1800s Alexandre Rancé moved to Milan; his place at the head of the family firm is held today by his granddaughter Jeanne Sandra Rancé with her son Jean Maurice Alexandre Rancé.

Designer Rance 1795 has 32 perfumes in our fragrance base. The earliest edition was created in 2005 and the newest is from 2016. Rance 1795 fragrances were made in collaboration with perfumers Jeanne Sandra Rance, Maurizio Cerizza and Giovanni Rancé.