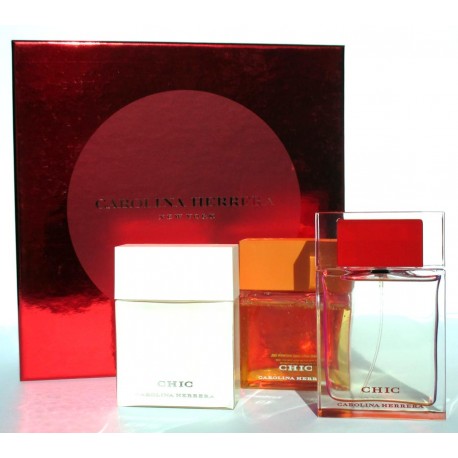 
Chic is the Carolina Herrera fragrance classified as a pure, modern and simple perfume.

Its most important notes are: flowers of mandarin orange flowers.

It is the creation of a brilliant and creative designer for an extremely sophisticated woman.

We know the Brand:
A graduate of the Fashion Institute of Technology, in 1981 Carolina Herrera was the founder of the famous fashion house that bears her name. Before that she was considered one of the most elegant women in the world [1]. The three most important boutiques of the house are located in New York, Los Angeles and Dallas. In 2008, Carolina Herrera launched a new brand called CH Carolina Herrera.