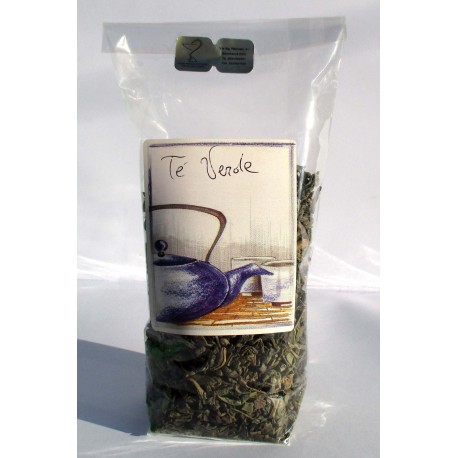 No reward points for this product.

Envelope of gunpowder green tea leaves: about 100 grams
The Gunpowder does not undergo oxidative processes and at the end of the processing the leaves, rolled up on themselves, take the form of small spheres with a very dark green color, so as to resemble gunpowder, according to the designation that was apparently coined by a sailor English in the seventeenth century. Production areas are the two provinces of Zhejiang (near Shanghai) and Jiangki.

Green tea with rolled leaf, light green, light and bitter taste. In the cup, the color of the infusion is yellow-green, the aroma and flavor are green. Gunpowder Green Tea is the best known Chinese green tea; its main feature is the shape of balls given to the leaves during processing, which is reminiscent of gunpowder. Each ball during the infusion unfolds, "exploding" in a leaf.

Gunpowder green tea is produced from the freshly harvested leaves of Camellia sinensis, sun-dried or in special heated rooms to stop the fermentation that destroys the chlorophyll. It therefore does not undergo the fermentation process typical of black tea, thus keeping all its active components present in fresh leaves unchanged: vitamins, minerals, volatile components and especially polyphenols, substances known for their purifying and antioxidant properties, which favor the fight against free radicals, responsible for cellular aging. It is also used in diets for its draining and stimulating properties. The catechins contained in green tea stimulate thermogenesis, metabolism and diuresis.
From organic cultivation.

How to use: prepare an infusion with a teaspoon of plant in 200 ml of water at 80-90 ° C, cover, to avoid dispersing the most volatile aromatic components, and leave to infuse for 3-4 minutes. Strain and drink one cup in the morning and one in the afternoon.